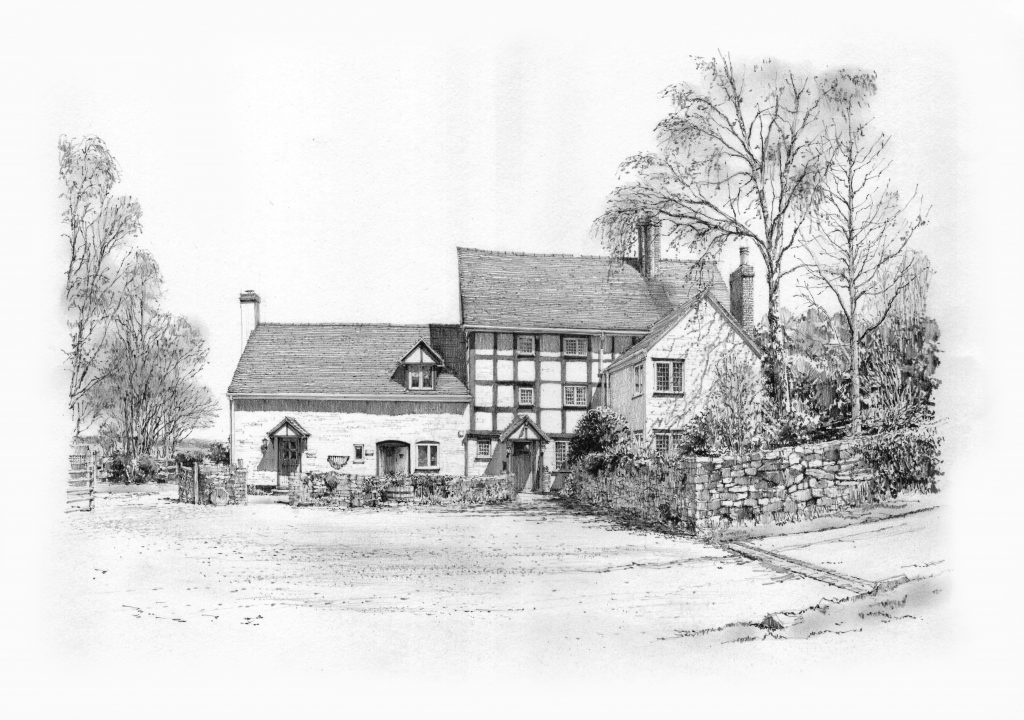 Built mainly in the early sixteen hundreds with later Georgian additions, the house has many period features and much is known about its long and interesting history. Some of its massive oak beams originally came from a thirteenth century manor house on the same site and a large duck pond in the grounds owes its origins to the manor house moat. Thanks to the generosity of the Earl of Madresfield at the turn of the last century, spring water direct from the Malvern Hills is available on tap.

“A Survey of Worcestershire” by Thomas Habington

Below is a description of Cowleigh Park Farm taken from the book A Survey of Worcestershire, written by Thomas Habington in 1599. It is reproduced exactly as it appears in the book. Beneath that is the same passage but with the out of date spellings replaced with more modern ones.

“This Cowleygh so mounted on the syde of Malvern hill with the house and landes, divydethe the paryshes of Leygh and Cradeley, with the Bishoprickes and Counties of Worcester and Hereford, in so much as they determyne thear theyr boundes, not onely in the groundes but in the very hall and buyldinges; a mansyon wheare the springes descendinge from above with a softe murmur delight the sences, a seate for the muses, but better for devotion, for lyfted on hyghe yf you looke one waye you see nothinge but the hylles and the heavens; yf the other, belowe you behould a vast prospect of thys peryshinge world, which eavery instant in us consumethe.”

“This Cowleigh so mounted on the side of Malvern hill with the house and lands, divides the parishes of Leigh and Cradley, with the Bishoprics and Counties of Worcester and Hereford, in so much as they determine there their boundaries, not only in the grounds but in the very hall and buildings; a mansion where the springs descending from above with a soft murmur delight the senses, a seat for the muses, but better for devotion, for lifted on high if you look one way you see nothing but the hills and the heavens; if the other, below you behold a vast prospect of this perishing world, which every instant in us consumes.”